Unfortunately, we lost too much time in Rodney Bay that we had to skip Martinique this time. We were planning to go to St. Anne and Le Marin in the south end of the island. On our way down in 2013, we stopped at St. Pierre on the west coast for a couple of nights.

We toured the town and saw where the volcano eruption had wiped out the whole village, killing everyone except the one man in prison! Today the path of the lava flow is a lush green mountain-scape. The area offshore is filled with boats that were sunk by the hot lava.

We stopped there for the night to sleep, but did not go ashore. Our goal is to do mostly day sails and not overnights. If we plan it right, we can sail from island to island with the only overnight sail being from St. Bart’s to Tortola, BVI. That one is always an overnight – even if you leave from St. Maarten. We will probably skip St. Maarten this time due to the hurricane damage. We have been there many times and would only stop if they have the part we need. 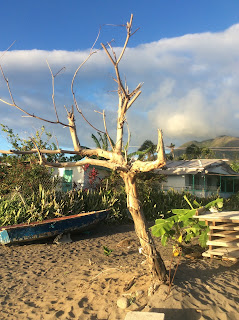 Looking forward to one of our favorite islands, Dominica, we were concerned about the damage we would find. They were in the eye of the hurricane Maria and over 90% of the island homes were destroyed or severely damaged. Many stories have been coming out of Dominica about yachties safety and the lack of services available. We decided to see for ourselves. 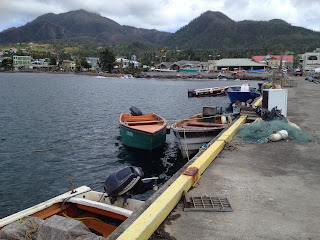 Martin answered our call and met us in the mooring field. It was great to reunite with him. He is very involved in creating a positive experience for visitors and was one of the founders of the PAYS system, Port Arthur Yacht Security. We had a ton of things to donate to the island and knew Martin would be trustworthy to make sure they went to those in real need. 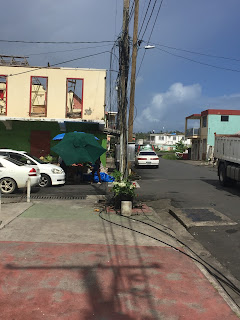 We heard the story of the hurricane hits and that the islanders had less than 24 hours warning. They were not prepared for what came through there. There were downed wires every where. They were still without power in many areas and Internet was unavailable.

Their mobile phone service had been restored, but like big business tends to do, many people no longer have access. Apparently, Digicel restored service, but upgraded it to a level that most phones on the island can't access. People do not have the funds to buy new phones.

They have safe water again now that the river has cleansed itself of the debris and contaminants that came in with the surge. Other islands in the area and many yachties have been helping out. 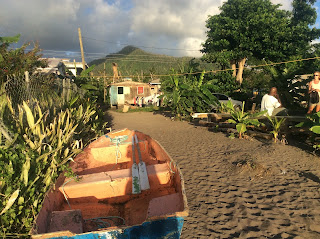 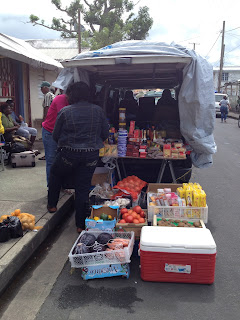 We went to town to get some fresh produce and see what it was like there.

The vendors sell out of their vehicles, if they still have one, or on tables or the street. The prices seem to be fixed so we just went around and bought a little from many different vendors. Spread the wealth!

The whole waterfront was destroyed. The harbor is full of roofs, sunken boats and other debris. Power lines are laying in the streets, although the are probably not hot. 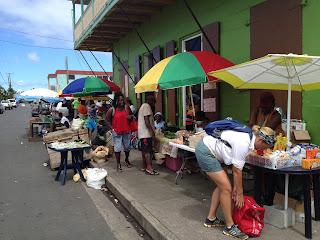 The Carib Indian village was nearly wiped out and there is a big movement to help restore it as it is one of only Carib Indian settlements left. We had a tour of that village in 2013 and met the wonderful medicine lady.

Like the rest of the island people devastated by Irma and Maria, they are working hard to restore their homes, schools and businesses. The high school was destroyed, as was the Medical School. The Medical School has moved back to the USA. This is unfortunate because it provided jobs for many Dominicans. It will take a while for them to bounce back. And there is not much governmental support.

The PAYS group of "boat boys" (who are really enterprising business fellows) maintain the moorings and offer a variety of services, tours, etc. Traditionally, they have held a Sunday night BBQ to raise money for their operation. In addition, it brings the yachties ashore for some fun and conversation with each other and the locals. This is one reason Dominica is one of the favored islands for yachts. 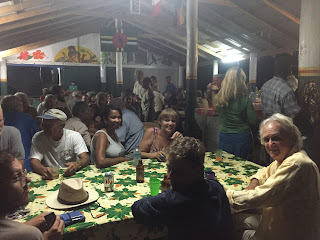 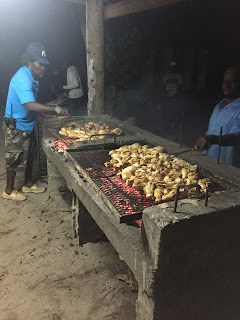 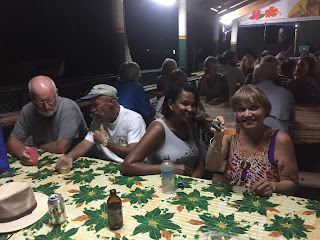 Labels: Connections, Culture, Foods, Sightseeing
Posted by Skipperette at 11:41 AM
Email ThisBlogThis!Share to TwitterShare to FacebookShare to Pinterest

We would love to hear from you here. You can see earlier posts at http://sv-trillium.blogspot.com 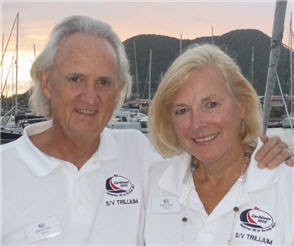 S/V Trillium is in the Caribbean. We have been working our way home to the USA from Grenada since October. We carry a YB Tracker so you can follow our exact tracks below.

Search This Blog By Keywords

What Is A Trillium? 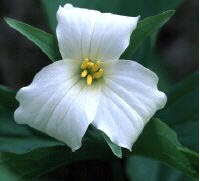 It is a protected Michigan wild flower, a cottage & a yacht! And now it is also an art studio: Trillium Studio! You can find Trillium Studio at www.TrilliumStudio.net and at https://TrilliumStudioArts.Etsy.com. Both sites will be activated once we get back to land!